It started with Michael Gove, a T shirt and the New Scientist. Mr Gove impetuously declared during the Brexit campaign that “people in this country have had enough of experts”. The T shirt, spotted in Covent Garden, declared “The good thing about science is that it’s true whether or not you believe in it”.

It set me thinking.

Could there be a future politics based on science. An evidence-based politics, tried and tested, disproved and finally approved. The New Scientist flyer told me that 9 out of 10 people hold a delusional belief. Nine out of 10. We need help.

The latest Economist discusses a new phenomenon of post-truth politics where a lie is a truth just waiting to be outed. The statistics say that violent crime in America is falling. Yet former presidential candidate and Donald Trump supporter Newt Gingrich denied the facts and then cast them aside:

“The average American does not think crime is down. As a political candidate, I’ll go with what people feel”.
—Donald Trump

What is the evidence that the reintroduction of grammar schools will increase social mobility?

What is the evidence that Heathrow is the best and only option for a new runway?

What is the evidence that HS2 will bring prosperity and investment aplenty to the so-called northern powerhouse?

It is not simply a matter of applying a political philosophy to key issues and coming up with answers. To the right, to the left these belief systems have been found if not wanting, certainly waning.

Let’s take one issue: the privatisation of the railways. British Rail was viewed by disciples of the free market as lumpen, inert, inefficient, beholden to unions. Introduce completion was the mantra and services will improve. Well what happened to the competition? I travel into London from Kent and I have Hobson’s choice on which train operator I use. And is the service better? Well the trains are more modern but everything else is as before except the requirements of shareholders who want their return.

When things go wrong there is not the expertise to sort it out. The British Rail trained engineer is now a private contractor who has to make a margin on whatever work is offered. There is no wi fi on the train or a reliable mobile signal or indeed a charging point for our portable devices.

So much for progress.

PPerhaps in the 22nd century the Evidence Party will be in business. Rigorous scientific principles will be brought to policy formation. Experts will be called on and assessed. Disproving a method will be the first action rather than seeking approval. Politics will be more about analysis rather belief. We won’t bend an issue according to a philosophy but examine impact and relevance of any initiative. Tribal opposition will be abolished in favour of issue-specific policy making. The Prime Minister will be an eminent scientist. Research institutes will take the place of lobbyists and elections will be fought by professors with proven methodologies and a nice line in top pocket biros. Parliament will be the best equipped research laboratory and policy papers will be peer reviewed before promulgation.

Debates will be about method rather than concept.

Election campaigns will centre on process rather than promised practice and lab coats will be the uniform of choice.

Delusional beliefs will be banned.

If the evidence is not there to support a belief, the scientific police will intervene.

Hospitals for delusional believers (DBs) will be set up until they see the light of rational, peer-reviewed thought.

Governments will be judged by defined criteria such as the quality of life index, elimination of poverty index and the delivery of opportunity index. Those that fail will be confined to the Isle of Wight in secluded retirement.

Successful Prime Ministers (or Chief Scientific Officers) will be granted HLBs (honorary lab coats) and not offered a presidential library but a laboratory.

Eventually there will be only one Evidence Party who will declare elections as too messy and unscientific and will retain power ad infinitum. Arts graduates will be tolerated but not encouraged, but poets will be lauded as professors of language. The pursuit of profit will be abandoned for the greater good of all. And a red flag will symbolise… perhaps not.

Maybe the present day untidy business of politics is the least worst. Perhaps we should test that theory in our political laboratory. 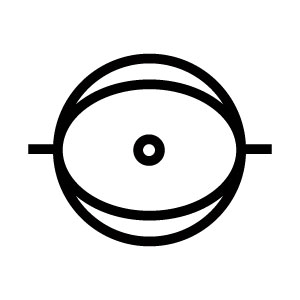 Richard Dove is a journalist and filmmaker. He has been trained by the BBC and nurtured by Al Jazeera, all to no avail.