‘…almost a death knell for the human species’
—Noam Chomsky

Originally my idea for a theatre/comedy show about a political figure was based purely on being popular. Usually my plays are of such a niche that they can only be explained via the use of the Ouija board and a cartographer’s assistant. Apparently, if you write a play about a contemporary political figure you’re guaranteed some sort of audience. So I wrote a play about Hillary Clinton, an insane rambling monologue that included such diatribe as:

Hillary: I want you to believe in me, I want to earn that vote tonight. When you look at me, you may see a woman, but I am more than a woman, not in that way, although I love women, not in that way, but in a way that means I am on the side of everyone, even the people that disagree with the other people. What sets me apart from the competition is that I’ve been secretary of state, I’ve lived above the store, I’ve got my fists dirty. But what’s the most important thing is that I am a grandmother, surprising that someone actually slept with Chelsea isn’t it? But yes we managed to bribe someone. But yes I am a grandmother, yes and that’s important, as I will demonstrate now. 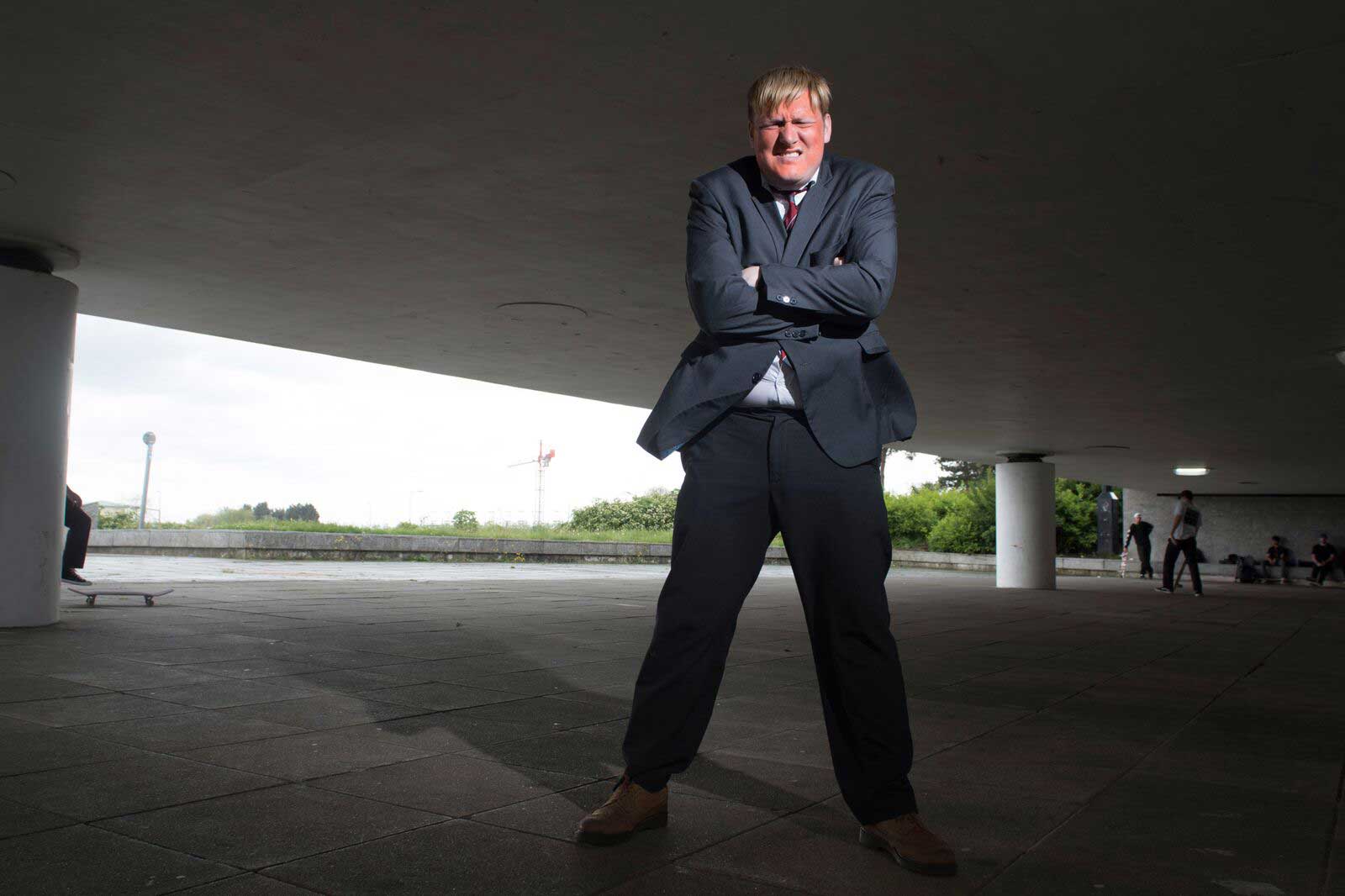 But actually, after I did a load of research about Hillary, wrote the whole thing and made posters for it (see left) and pitches, I felt there isn’t much interest in Mrs Clinton. The more I read about her, the less I liked her, the less I liked the democratic process in the U.S.A, or the behaviour of the human race in general.

You just have to look at her using her personal e-mails when she was at the Pentagon, or the Benghazi hearing, or using her time as First Lady to push through medical healthcare reforms that were messy, rushed and a million miles away from ObamaCare. But the politics aside, the Clintons as the immortal (not so much) Hitchen’s put it ‘they never met a dictator they didn’t like’ or when asked if Hillary would make a good President he said ‘I don’t think it’s a good enough reason to make someone President just because they so badly want to be one’.

I imagined a photo-op of me as Hillary in her tan business shoes and power-suit was to stand outside the White House with a cardboard placard with legend ‘WILL SUCK FOR PRESIDENCY’ written on it. But alas, it was not to be. She is the lesser of evils in the big list of evils. She is someone who belongs to a political establishment, and therefore her narrative as we see it is aesthetically less troubling. 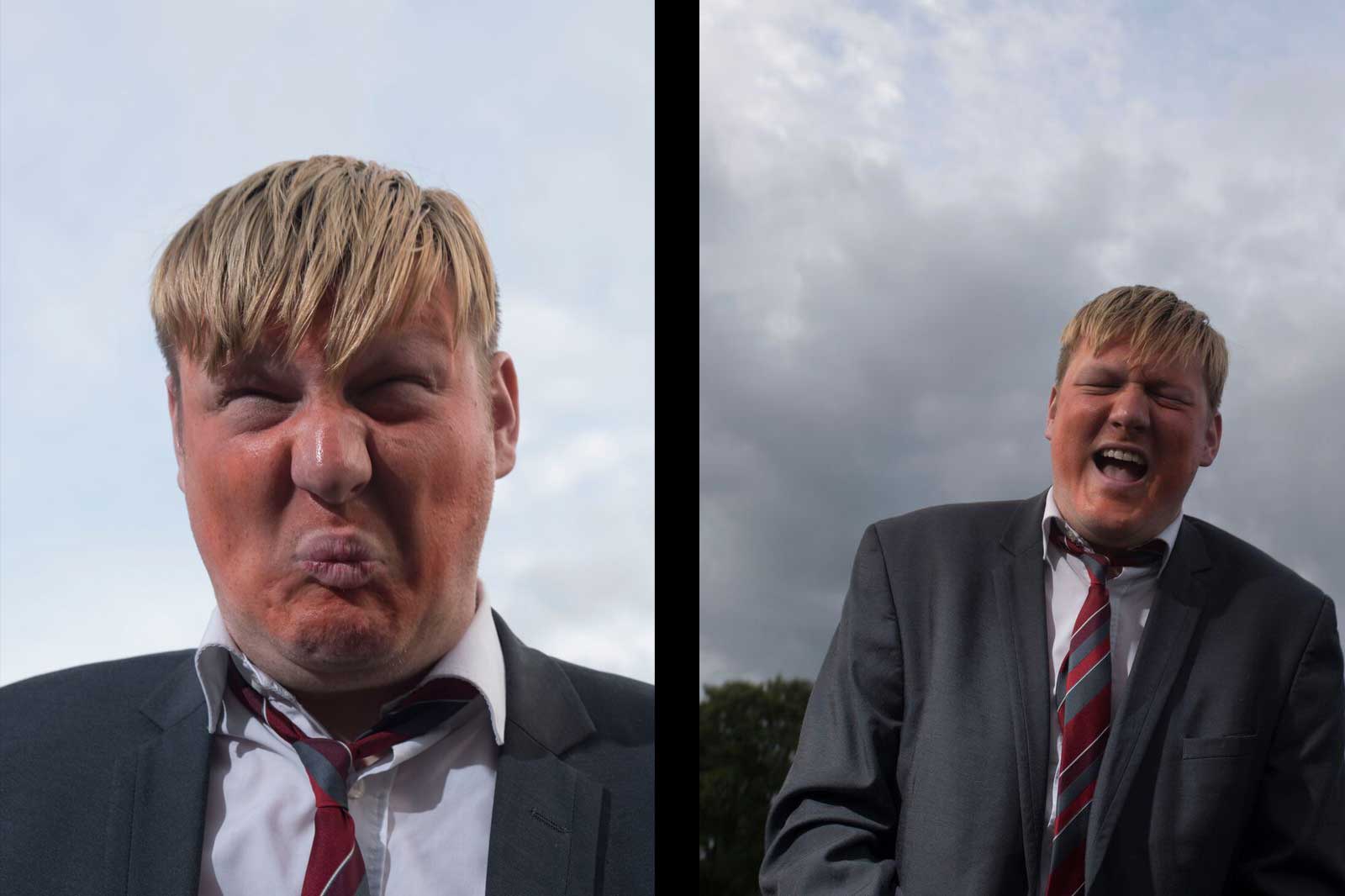 So why write a show about Trump..?

Donald Trump has reached saturation point already. I am sick of him and I am sure the world is. He is an orange vacuous rapist and bully-boy businessman. Someone who has no political agenda other than to increase the knowledge and cult of himself. Someone who Noam Chomsky describes as ‘almost a death knell for the human species’, is also an embodiment of all that is wrong with the 21st Century.

We are already in a dystopia. One where these new global despots are created and distributed by social media, where an obvious phenomenon of the planet warming at such a rapid rate which result in our famine, illness, cancer and death is being ignored in favour of videos of cats doing funny things. Of a Europe about to be plunged into state it was before the rise of Hitler. Of a world ruled by mindless bankers and stupid newspaper owners.

It’s a time where stupidity thrives; where we eat bits of plastic we think is the height of cuisine. A world where we are told we must mistrust our brothers and sisters for they are ‘different’ in some way. A world where rights that have been fought for centuries are given up in seconds for the promise of the latest iPhone. A world where a belief in a stolen-Pagan deity somehow qualifies you to blow up a building, or organize an army to destabilize a region. A world where an invented concept controls whether we can drink fresh clean water or not.

What a shit-house of an existence, and Donald Trump is the human embodiment of all this shit. What a Dystopia! I mean perhaps nuclear annihilation is a blessing in disguise? I don’t feel like this at all really, I feel like how any creative person feels when faced which something of overwhelming horror and hatred, I try to make some funny art out of it. I mean people say ‘ooh, don’t you worry he’ll try and take a pop at you’, which made me laugh as I am luckily so obscure that it won’t register on any of Trump’s henchmen’s radar.

I take inspiration from Charlie Chaplin who in making The Great Dictator revolutionized satire to focus on serious contemporary political issues but also so enraged Hitler that he was put on his hit-list. Kudos indeed. I mean all one has to do now is to satirize the main focal point of the Muslim faith to get the same treatment, perhaps that’s a subject for a later play. For now I am focused on the man who thinks banning Muslims from the U.S will end terrorism.

People think Aldous Huxley got it right in Brave New World but I think J.G Ballard is nearer the mark with his prophetic visions of mind-dumbed consumerism, isolation wrought through encasing ourselves in ugly mad-made architecture, make Earth an alien planet and engaging in mindless violence to just keep ticking over. What a fucking mess.

Peter Cook used to say that satire does nothing to stop the political machine, and it’s true, I am under no illusions on what Trumpageddon can actually do for the world, other to make people laugh, think and be on the right side of morality before the death knell rings. 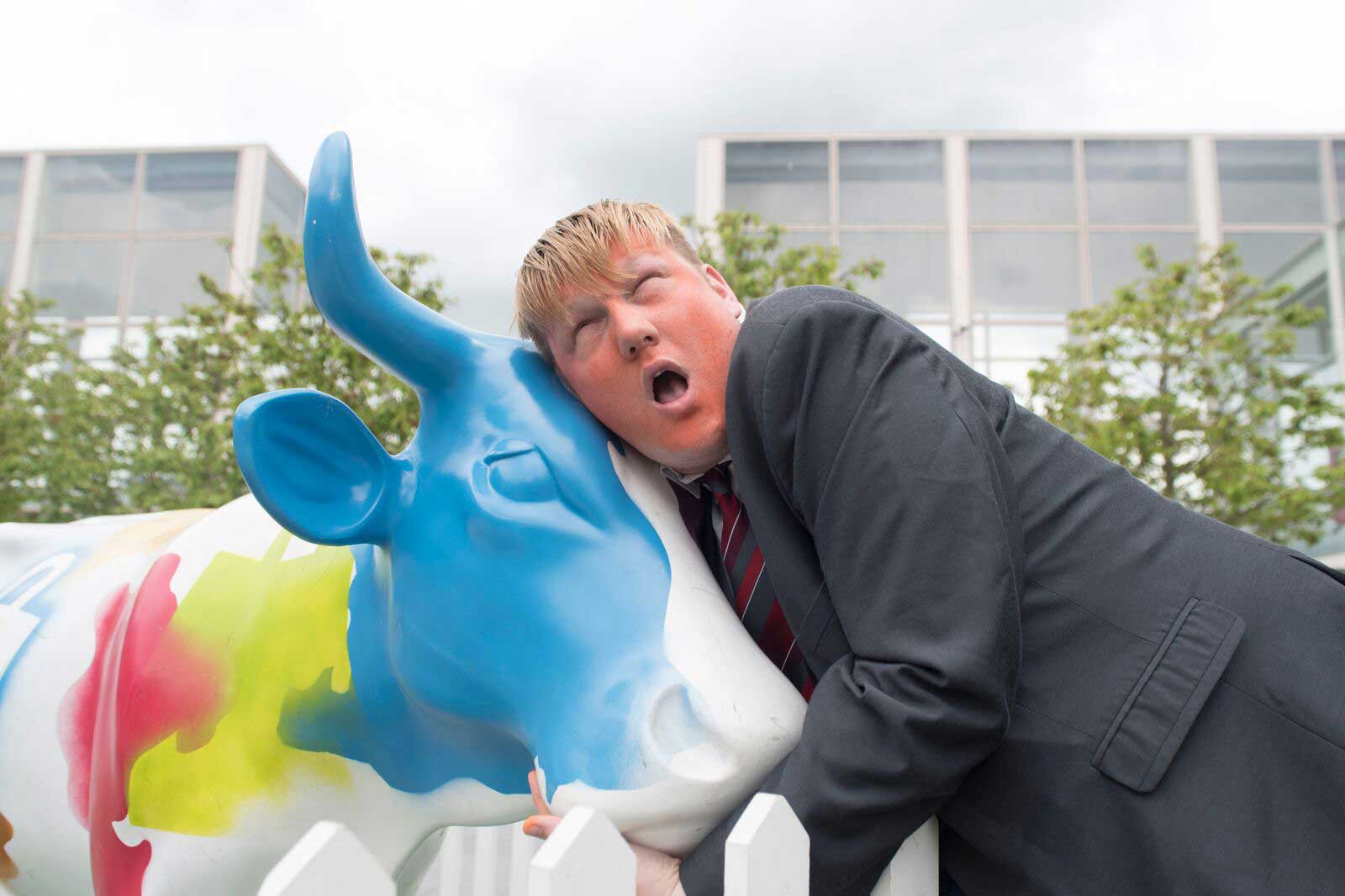 Simon Jay is a writer and performer. Find out more over here. Or you can read about his Bastardography.