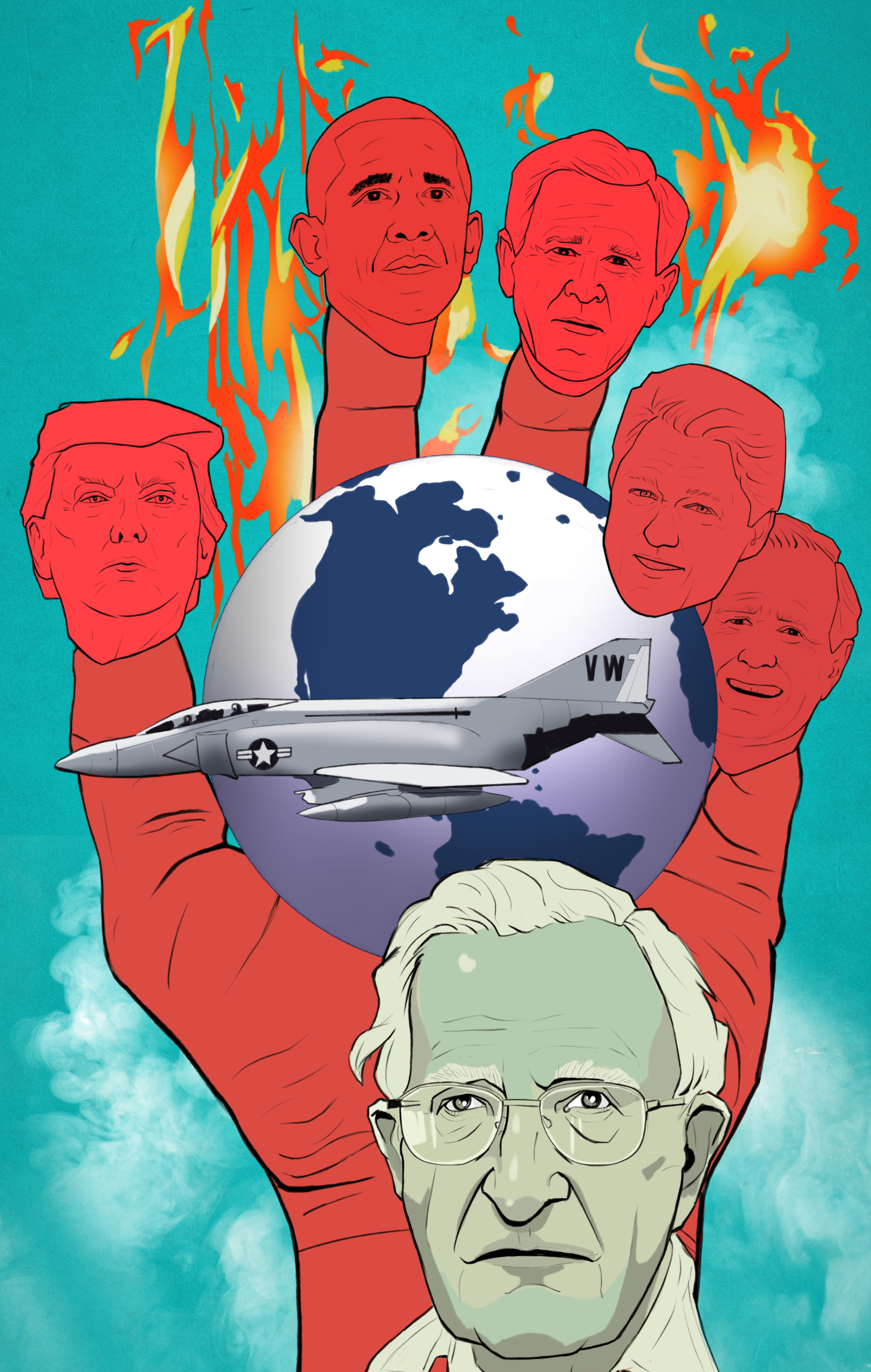 Martin Godleman flew to Massachusetts and interviewed Noam Chomsky at Boston MIT. This is a partial transcript. Watch the full interview here.

MG: Do you feel the events of September 11th changed the way news was covered in America?

NC: It had a complicated effect in the United States, which of course reflects itself somewhat in the media, but among the general population which is, I think, the most interesting; it first of all inspired fear which was quite appropriate. My own feeling is slightly to be the first of a series of terrorist attacks, that was enhanced by the anthrax scare right afterwards. It was not entirely new. It was known long before that there could be such an attack. In fact there was an attempt to blow up the World Trade Centre in 1993 which came pretty close to success and there were technical studies on it and so on, but it wasn’t part of the popular consciousness, so this clearly did that. Fear, jingoism, lots of flags and so on. On the other hand it had another effect: it opened people’s minds. The United States is an extremely insular society. People don’t pay much attention to the outside world. A lot of people couldn’t tell you where France is. Big country; rich country; people are inwardly oriented. This made a lot of people think we’d better learn something about the world. There is some reason for – what are we doing? What’s going on in the world? That had a very positive impact. It was very visible that people like me and those of us who spend a lot of time traveling and speaking and so on. – Invitations just shot up. Audiences were much larger, much more engaged, much more interested. The small book publishers, the left publishers, which have a pretty small outreach, they all of a sudden had to start republishing their books from the 70s and 80s because there was so much demand for them and it just opened up the country a lot to debate and discussion to some extent that reflected itself in the media, not so much as they’re more conformist, but they reflect to some extent changes happening in the country.

MG: The anti-war movement always has been associated with the 60s and the 70s particularly. Do you feel this has changed or strengthened since 9/11?

NC: Well first of all it had continued to strengthen since the 1960s, and contrary to what many people believe, it’s much harder now than it was in the 60s. In order to have a reasonable comparison, you have to compare the Iraq war to the Vietnam war. An anti-war movement in the United States did not develop on a large scale until there were close to half a million troops in South Vietnam. South Vietnam was practically destroyed. The war had extended to the north, which was costly to the United States so therefore was done very carefully. Meanwhile South Vietnam was just being devastated without cause. For years there was no anti-war movement. The Iraq War has never reached the level at which an anti-war movement developed in the 60s. At the time when say there were 150,000 American troops in South Vietnam there was a very small anti-war movement. To give you an illustration – it was so small that people were not actually even aware of when the war began. And the war actually began in 1962. There was plenty of terror and violence before, but the actual US invasion was in 1962. That was when Kennedy sent the US Air Force to start bombing South Vietnam. They authorized chemical warfare to destroy crops and ground cover. They started to authorize napalm, started driving people into what were called strategic hamlets, basically concentration camps, urban slums, altered the lives of millions of people. That’s aggression. But there was no reaction at all. For several years, you wanted to talk about Vietnam, you talked in their living rooms. A church with four people. Right here in the universities, in Cambridgeshire. If we wanted to have a few of us who were interested, if we wanted to have a meeting on Vietnam we’d have to bring in about half a dozen other topics. Venezuela, the Middle East, a bunch of other things, Vietnam. Then maybe some people would show up. The first attempt in Boston, which is a pretty liberal city, to have a public anti-war demonstration, like meeting at the Boston Common, essentially Hyde Park, where the public demonstrations are, was actually in October 1965. At that point there were about 250-300,000 US troops in South Vietnam, The bombing of the north had started we did have a demonstration or tried to, but it was broken up. I was supposed to be one of the speakers, but we couldn’t talk, it was broken up. There would have been serious violence if there hadn’t been a lot of state police around. A lot of them students. The Boston Globe, a liberal newspaper, the next day had front page stories about it, denouncing the demonstrators and praising the disruption. Now that’s a stage which the Iraq War has not come close to. It was a year or two after that finally the anti-war movement started. But even when the anti-war movement developed, if you look, it was mostly focused on the bombing of the north, which was bad enough, but it was a kind of sideshow. The main attack, like about triple the bombing, was against South Vietnam, and that was never much of a topic of protest because the protest was focused on the cost to us. In elite circles there was almost no protest against the war at any time. An interesting comparison is somebody like Arthur Schlesinger, who died recently, a leading American liberal historian. In the early 1960s he was an advisor to Kennedy. He supported the war. In fact if you look at his book, A Thousand Days, the Kennedy Administration, there’s virtually nothing about Vietnam. It’s just routine. By the mid late 1960s, maybe 1966, he was becoming disillusioned with the war and his position, if I can quote it was ‘We all pray that the hawks will be right in thinking that more troops will bring victory, and if they are, we’ll be praising the wisdom and statesmanship of the American government in turning Vietnam into a land of wreck and ruin,’ sort of his words, ‘but we’ll have won.’ That’s very much like elite criticism of the Iraq War today, almost the same words. But when the invasion of Iraq took place, he was maybe unique in taking a radically different position. On the day of the bombing he had an article in a major newspaper in the United States in which he condemned it as an annexe to Pearl Harbour. He said it is a date which will live in infamy as the United States follows the policies of Imperial Japan. That was unusual. Very few people took that position. The transition in his stand in the 60s and this, is illustrative of a much greater opposition to aggression in the general population, so I don’t think opposition to the war is anything like it ought to be but if you compare it to the 60s it’s greater. Actually the Iraq War is the first war I think in Western History in hundreds of years where there’s been massive protest against an invasion before it was actually launched. 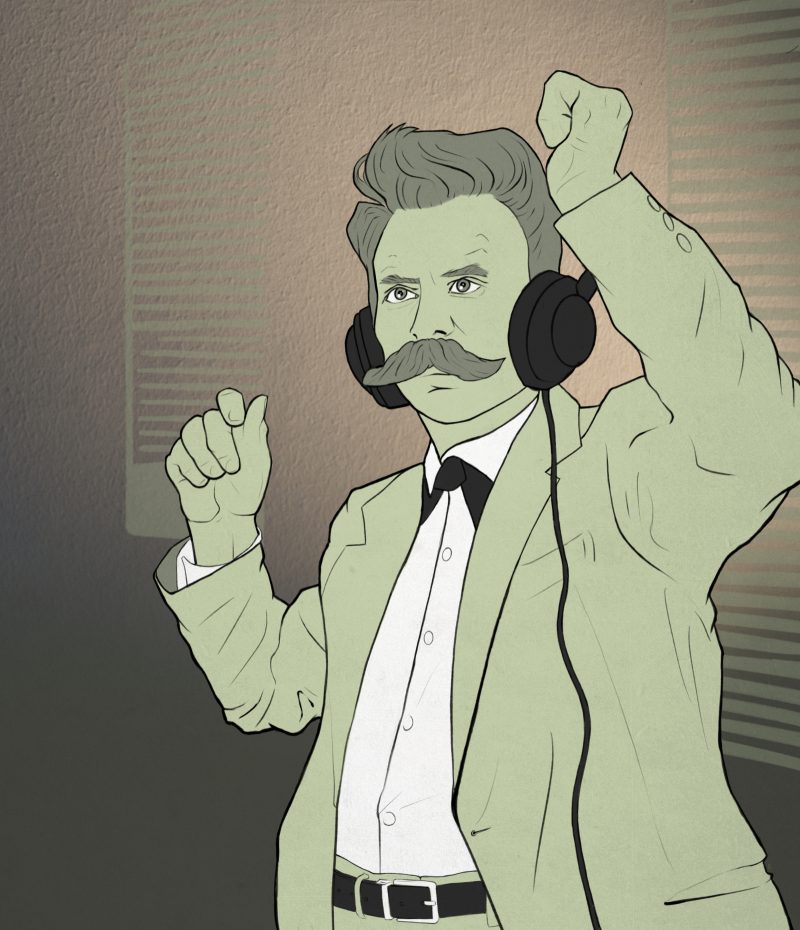 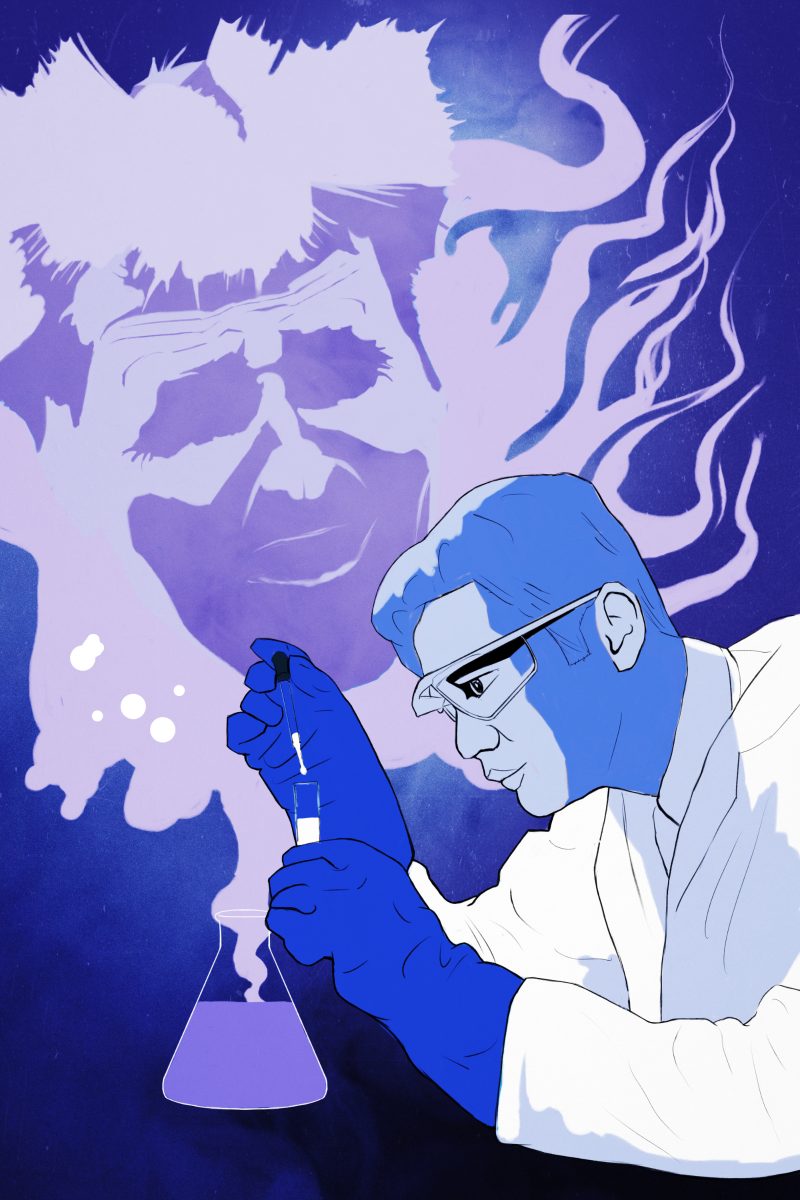 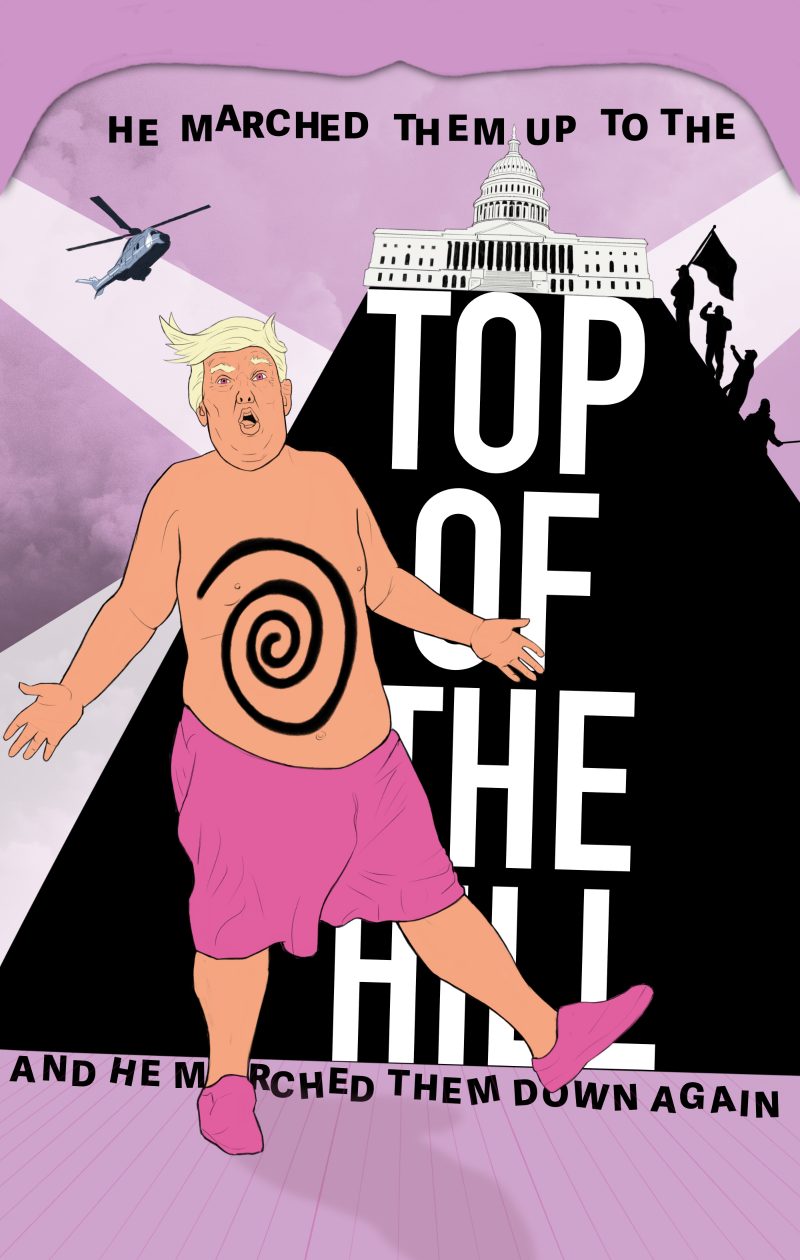 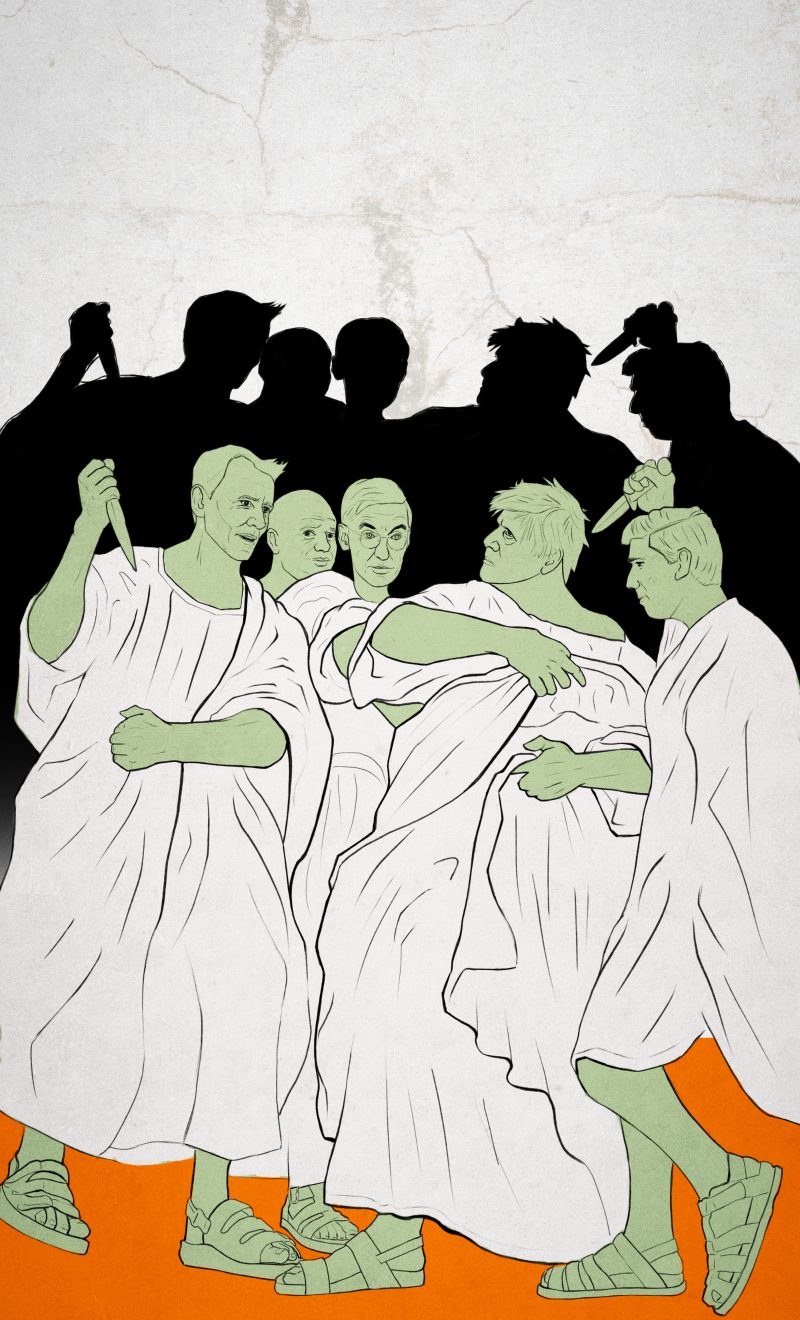