The idea of the Anti-National Portrait Gallery formed in my bonce because I’d reached that breaking point of watching the puce, vacillating talking heads on my telly, repeating the words ‘sovereignty’ ‘national’ ‘pride’ and other syllables over and over again, they became strange incantations, a spell of black magic that made everyone lose any sense of self, perspective or kindness.

Rather than take to social media and rant. to court the ire of Brexiteers, I thought I’d take my broken heart and turn it into art.

I’m not a trained fine artist, I’ve dabbled in bits and bobs and know the rudiments of graphic design, I’ve filled endless sketchbooks with crazy abstracts, but this is my first exhibition of something themed. The theme; portraits of international figures, some famous and some contemporary.

Essentially it’ll be a space for people to see the faces and read (sometimes hear) the words of people who don’t resemble the rabid, frothing weirdos currently permeating our every waking moment peddling their nationalistic flotsam.

Also if this is too long for you to read, I made a little video about it.

Luckily, for fans of the The Dystopian, sci-fi writers and thinkers, have often intersected with activism and philosophy of internationalism. One portrait is that of Carl Sagan. It should be obvious as to why I would pick someone who so popularised scientific enquiry in the 20th Century for the subject of an internationalist portrait. Who made it dinner-table conversation to discuss the vastness of the universe, the possibility of wormhole time-travel and contacting highly-advanced alien species.

If you look closely at the portrait you will see a (not so) pale blue dot. This ‘pale blue dot’, was used by Sagan to describe the planet. Note how he doesn’t place the earth at the centre of the universe like theologians!
He observed that when the voyager probe reached the edge of our solar system the photos it threw back to us showed the planet looking like a pale blue dot framed by the vast blackness of space. When we think of our galaxy, the milky-way, which is one of trillions of galaxies, this dot becomes as infinitesimally as small as the microbe’s tick. Now, some interpreted Sagan’s pale blue dot as pessimistic, that everything is insignificant as we are only a tiny part of the huge universe. But we are sentient animals that understand our universe. Sagan used this description of our world as a metaphor, to give us the perspective to see that we share this tiny place together, we are part of one human family amongst the stars.

But it’s not the big names from history I’m looking at. Also included will be contemporary figures like Benjamin Zephaniah (if he returns my calls) or even abstract ideas like the idea of The Last Homosapien.

If you are a man, Winston, you are the last man. Your kind is extinct; we are the inheritors. Do you understand that you are alone? You are outside history, you are non-existent.” – O’ Brien, 1984 (George Orwell)

There will come a point when there is the last of things. We scroll past news stories most days and see ‘last white male rhino dies’ or whatever, so by the same token, humankind will have it’s last being, passing through nature into eternity. What would this being be like? An amalgam of our shared humanity? Some grossly radiated mutant, emaciated and brain-dead?

Or, what is more likely, ‘our inheritors’ as O’ Brien calls the future of humanity (future, a defunct word in a society which has no concept of past, present or future) would term the last human as a being that doesn’t fit in with the new order. A sense of identity may be what is destroyed, not the physicality of a human, and ‘human’ wont exist, because there is no word to describe what we are?

The reason I want to do a portrait of an abstract concept is because it sums up our shared humanity in an idea, much like the first homosapiens (those nine Eves, with no Adam) who walked on a single Continent.

For this piece, I am creating a video instillation. Taking my cues from the torture of Winston Smith by O’ Brien in the Ministry of Love and films such as Under The Skin and Annihilation to create a living interpretation of this mythical being.

I’ve also enjoyed taking portraits of friends and people I’ve met, like Mark Hewitt, whose upbringing in Northern Ireland has shaped his rejection of Nationalism in a personal way yet tells us so much more about a political and historical situation than any text book could. Talking of text books, my friend from the former East Germany, Patty Dohle, had her text books taken away from her after the Berlin Wall came down.

I met Patty quite by chance, whilst I was at University. It’s become legendary (amongst ourselves) that I crawled about on the floor of the bookshop where she worked. This is partly true, and there was some discussion about Pierre et Gilles too! This ensured a firm friendship that has developed and blossomed over the last decade.
The reason I am painting her portrait is because early on in our friendship, when I first made a visit to where she lives in Oxford, I was (gladly) placed on the edge of a steep learning curve.

Despite being a grown person, I had no clue about the lives of people who grew up behind the Iron Curtain. For Patty was such a person whose formative years were misspent in East Germany. She described the suspicion, the constant threat of nuclear Armageddon, the hatred of the West and their capitalist ways. The Secret Police who took people away in the night. She described to me how they said ‘we were told the wall was there to keep the West out, to protect us, but we soon realised that the watchtowers and the guards with their guns were really to keep us from escaping’. It was my first sense of political oppression on one’s doorstep. That someone I could have a pint with has come from a nation that no longer exists.  She spoke about how after the wall came down that all the text-books from the history class were taken and replaced with a ‘new history’. This displacement of environment, of a geopolitical zone, reminds me a lot of how J. G. Ballard described seeing Shanghai reduced to rubble overnight; that all towns, cities, civilizations are impermanent.

Patty saw first hand the soul-crushing and pointless cruelty of nationalism, to ram the point home we even watched Goodbye, Lenin which I recommend you all to see. But now as European living in the U.K. she has experienced the fallout from the EU referendum and the uncertainty of living in Britain under the shadow of Brexit. Made to feel like an unwelcome foreigner in a country where one has lived for over a decade, working, paying for education, paying taxes – yet treated in the national dialogue as either a bargaining chip or someone to be got rid of. But this isn’t a plea for self-pity, this is a reality. Patty has been working towards becoming a full U.K Citizen, taking tests with questions not many people ‘born here’ would be able to answer. She has been active in the politics that has defined so much of the current debate and fighting for her rights every step of the way. She is one of the 3 million European nationals living in Britain that leave voters have displaced.
She’s awesome and I’m proud to call her a friend.

So if you’re interested in being part of this experience, you can donate or share my kickstarter of which I am raising £1’850 (I’m over 50% funded already – so it won’t take much to get it over the finish line) but also in return you can get original sketches, artwork and goodies just click on the link and tell me what you think… 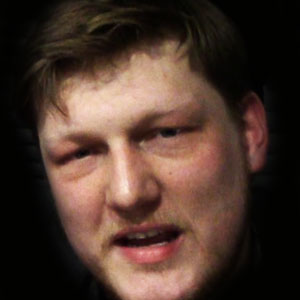 Simon Jay is a writer and performer. Find out more over here. Or you can read about his Bastardography.

Any cookies that may not be particularly necessary for the website to function and is used specifically to collect user personal data via analytics, ads, other embedded contents are termed as non-necessary cookies. It is mandatory to procure user consent prior to running these cookies on your website.